We all use laptops for some purpose and most of use out there are just addicted to laptops. However, every thing to be used needs some care and rules so that it may live a long and healthy life, thus there are some rules, care and precautions while using a laptop in order to keep in safe. Most people out there are just ignorant of these precautions but since I am an old experienced laptop user thus I don’t want you guys to suffer from same things through which I suffered. Here is the list to keep your laptop safe! 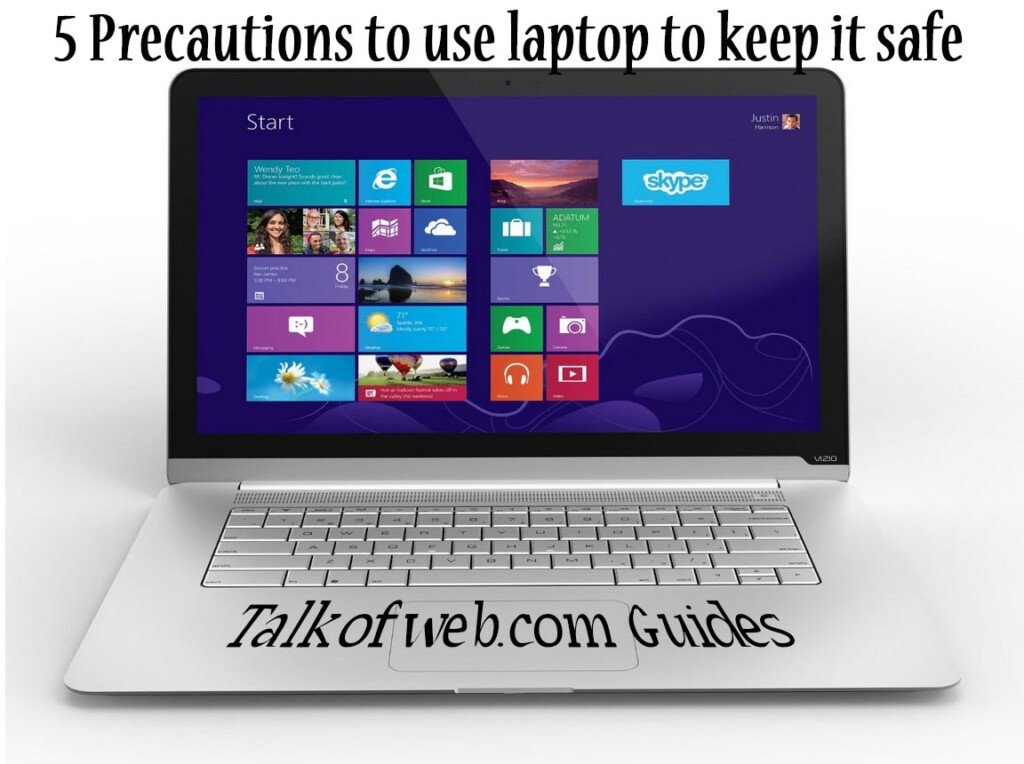 Don’t use it directly on the bed or pillows – A must precaution while using laptop: 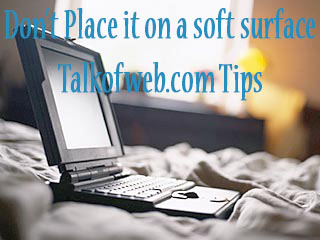 Many people sometimes me too, place the laptop on a soft surface like bed or a pillow which just stops the laptop to take a breath. By breath I mean some fresh air through the vents. In most laptops the vents are designed at the bottom of the laptop i-e the base which makes it more dangerous for the laptop.

Now, If the laptop can’t take in some fresh air because of the holes covered due to the bed or pillow then it will surely starve to death because of that damn heat. These vents are made to keep it cool but no air inside and no circulation of fresh air will harm the laptop and will result into a slow poisoning.

When you will pick up the laptop you will feel the heat beneath it. So, always look at your machine that how it takes breath and position it on a good surface. Keep in mind never close the vents let it breath.

Place laptop on a hard surface:

While using laptop be sure to place it on a hard surface so that there may be a space between the laptop base and the surface on which it has been placed. Otherwise again the same problem that it won’t be able to take fresh air in and give out hot air because of the closed vents. So always be sure to use laptop on something hard or else in your lap at such an angle where the vents are just open. It’s good for your laptop speed and performance. As more cool it is, the more better it is.

Don’t Give laptop some bangs or jerks – Avoid quick movement:

Many people are not aware of the reality that those laptop which contain a hard-disk of movable type not that solid state one, can be damaged because of some quick convulsive movement. The jerks or bangs given to such laptops during their usage can be really harmful for the hard-disk since there is a head in the hard-disk which reads the data on a rotating disc. Any quick movement done can make the head and that spinning disk movement in the wrong direction and thus harming the hard-disk. You might have noticed that some old hard-disks which are not solid state give some sharp clicking sound once you turn on the computer and this is because of the same problem which often makes your computer work at slow, since hard-disk provides data with quite a time. Thus, to avoid such things always transport your laptop in the turned of condition and also don’t move to way to hard while using it.

Take care of hinges while closing the lid:

The most important part of a laptop is a hinge which make it a laptop because it’s the part which makes the lid open or close to make the laptop feel like a book. Now, you should really care of the hinges, because with the passage of time these become clogged with some dust particles which make the movement of hinges way to hard than expected. Thus, in such case due to large moment arm i-e when someone opens the lid from the top of it, the hinges are hard and the lid plastic which holds the hinges can be broken out of the place, since the plastic of the lid holding the hinges is not able to move those hard hinges. Thus, in any case if you feel that it’s taking more power than expected top open or close a laptop you should consider oiling the hinges and if you don’t know how to oil them and make hinges loose again then contact someone really expert of this. Or else hard hinges can cause broken laptop lid base. 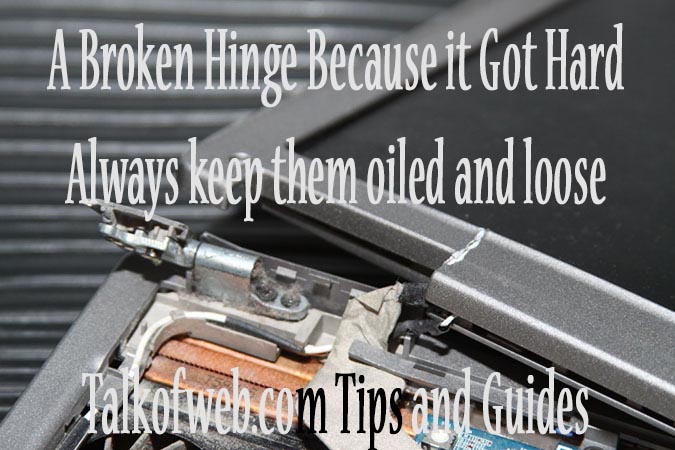 Also always try to close the laptop lid with much care and with loose hand. And in case if you feel the lid is getting hard then try to close and open the lid close from the base near the hinges as it won’t take much load on the lid because of small moment arm. And contact a hardware expert as soon as possible.

Get a screen saver for your LED Screen:

Often while moving from one place to the other, we close the laptop and place it into a laptop bag which is cool enough to make the laptop safe. But what’s happening inside a close laptop is but discouraging, most of the times your keyboards keys touch the LED and make some slight unseen scratches over it which can’t be seen first time but with the passage of time these small scratches become way too visible and make a bad impact on the visibility of the LED screen of your laptop. Thus, to avoid this thing and to make your LED safe from the other kind of small scratches it’s better to get a screen saver a transparent one of good quality for your laptop and let it pasted on the LED. It will make it safe from any kind of scratches.

Thus, be sure to follow these precautions while using laptop to keep it safe since you will need it again and again. If you are experiencing your laptop to be slow then your should read: Speed up my PC an ultimate Guide to speed up your laptop or PC.