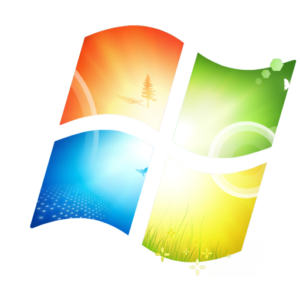 Windows 7 came after the monumental flop of Windows Vista and luckily for Microsoft, it became their savior. Released in 2010, it is the most successful operating system for Microsoft after Windows XP. Windows 7 editions for personal use are 5 different ones. These are Starter, Enterprise, Home Premium and Ultimate.

You decide that you want to get Windows 7 for your system and now are facing the dilemma of which of the different Windows 7 editions should you get.

The different version make a lot of sense since Windows 7 comes jam packed with new and useful features. Packing all of these into a single edition would really have made it expensive and not every ones cup of tea. Not all users need advanced feature and thus there are different Windows 7 editions with different prices according to the number of features they hold.

The most basic edition out of Windows 7 editions is this one. This edition is only available as 32 bit and that too for only developing countries to fulfil most basic of computer requirements.

This editions is basically designed for netbooks which are light, low power machines. This edition does not possess the Aero Glass feature and you can only run three applications simultaneously. Basic features like Backup and Restore, Windows Media Player, file sharing over Home Group are included.

This edition can only be sold as OEM’s and you cannot buy it as retail.

Windows Home Basic of the Windows 7 editions is available for emerging markets like  India, Brazil, China etc. This is the most basic edition after starter edition and is only available from OEM partners.

You can run at the most three applications simultaneously. The 64-bit version is also available for this edition, as well as Mobility Center for laptops and thumbnail previews.

There are no Aero features available on this version and no multi touch as well.

This is the most basic of Windows 7 editions available for purchase as retail version to all customers. This version packs all of above mentioned editions feature and more. The Aero GUI is available. There is also media center and DVD playback. The premium OS pre-installed games are available as well as the creation of your own Homegroups.

In this edition, you still cannot do things like take files offline from servers or get folders encrypted. You cannot used Remote Desktop feature as well or join network domain at work.

The professional edition has all the features of above mentioned one and more. For a casual user, dropping more money for this edition is not advised as most of the extra features you not ever use.

It can be used for small business side as well. Small business can get some nifty features with this edition. This edition is also available in 64-bit mode and can support XP productivity programs as well. It can also make use of two physical processors. There is no multiple language support on Professional edition.

This one of the Windows 7 editions is for volume distribution to enterprises and large businesses etc. It comes with more networking options and additional security measures. Those Businesses which possesses Microsoft Software Assurance can get it free of cost. Bitlocker (the drive encryption feature), Applocker (Unauthorized software prevention), Direct Access (connectivity without VPN) and Branch Cache (remote files are sped up through this feature) features are available on this edition.

When Microsoft originally planned to sell Windows, Ultimate edition wasn’t even on the list. They wanted it to be preinstalled on high end PC’s but since user demand was there, they changed their decision.

There is not much difference between Ultimate and the Enterprise edition other than networking features.

One really unique feature to Ultimate and Enterprise (which is mostly for corporate business which want to buy it in large quantities) is the Bitlocker and Bitlocker to Go features. It can encrypt your whole hard disk and removable drives. This is actually quite useful for Laptop users as they have to take laptop on the go and Bitlocker can protect your data from anybody accessing it while you are not aware.

This edition is quite expensive and only the most die-hard users requiring every feature will use it.

There is also an extensive list available on Wikipedia which can show you each and every feature available on these editions in tabular form and you can also compare which is available in which Windows 7 editions as well.