Microsoft has recently released it’s new Windows version called as Windows 8. Surely it’s a general trend that most of updates are always better than the previous versions. So, is the case with Windows 7 and it’s successor Windows 8. Being a computer enthusiast I was very first to get a legal copy of Windows 8 to try it out over my ultra-book. Seriously it was more better, more fast and somehow I can say that it was more stable than Windows 7 but lacked in many aspects also as you can see that I used the word somehow stable, because without tweaks windows 8 in the very beginning teased me a lot. But I will say this problem as my hardware specific since my ultra-book wasn’t much ready for a windows 8 upgrade. The machine was capable to handle the massive upgrade but the Windows wasn’t well tweaked for it. Well, leave it for now, I’ll try to talk at general level to let you know that what I got in this Windows 8. 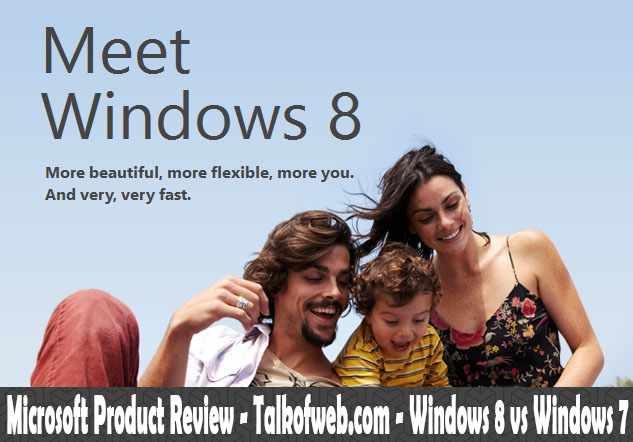 Faster then the Predecessor i-e Windows 7:

Windows 8 proved to me a lot faster than the windows 7. It’s infrastructure is built on something really solid and since it’s arm version is also tablet ready so I guess what they focused is the speeds on a better hardware and the hard thing is this that you are unable to force install this release on a hardware which often we think can support windows 8. I remember when I tried to install windows 8 on a PC which has a single core Pentium 4 processor, unlike windows seven, windows 8 crashed at the very first boot up but at the same time by ultra-book was booting much faster and much smoothly.

Boot time of windows eight is damn fast because it keeps a cache copy of your past shutdown session and makes you able to see your next login welcome screen in a matter of seconds. However when you restart the system then this cache copy isn’t kept and the bios boot options aren’t skipped. I remember when I kept on shutting down my laptop to get the boot keys or boot options and finally I restarted my laptop accidentally which showed me the boot options finally. Funny isn’t it? but now you know the secret too.

Windows 8 is More Eye Catchy with less clutter than Windows 7:

Windows 8 is surely more eye catchy than windows 7 which offers a faster access to any desired operation. You don’t have a start menu now. Grab a touch screen and play with the tiles like most of the windows phones have but if you don’t have a touch screen then it’s again perfect, at your keyboard push the windows button or take the mouse to the bottom left part of the screen and here you go to the tiles. 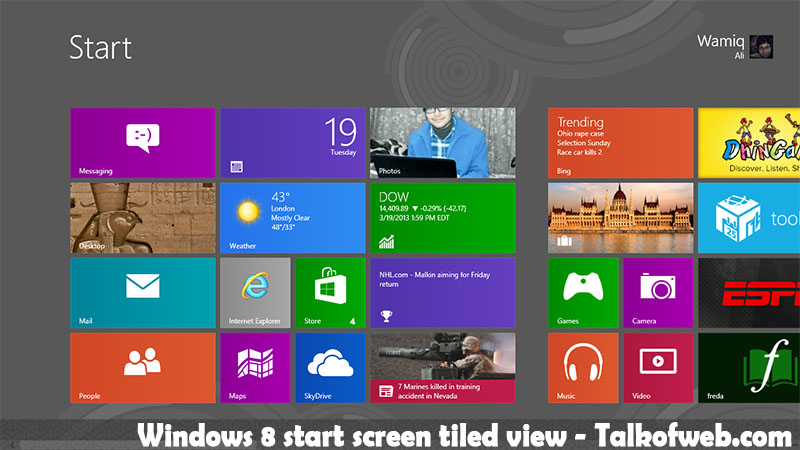 Applications from the Windows Store are now installable on Windows 8:

Windows 8 has some better security:

Of the above three things the first two are the core features of Windows 8 which provides good security as a whole. It stops any intruder from loading a third party OS. Also smart screen filter can prevent you from phishing attacks in the internet explorer which is present in windows 8. Also you can use Bitlocker to encrypt your data and keep it safe from the bad hands.

You can easily switch between active applications downloaded via store and the normal software by using some simple gestures with your touch screen or your mouse touch pad. If you have a greater resolution then you can clip the application to the right while using the normal computer at 1024×768 resolution. It’s good when more and more development will be done for applications in windows store. You just move your mouse to left top side and there you can see the bar with your active sessions in applications. 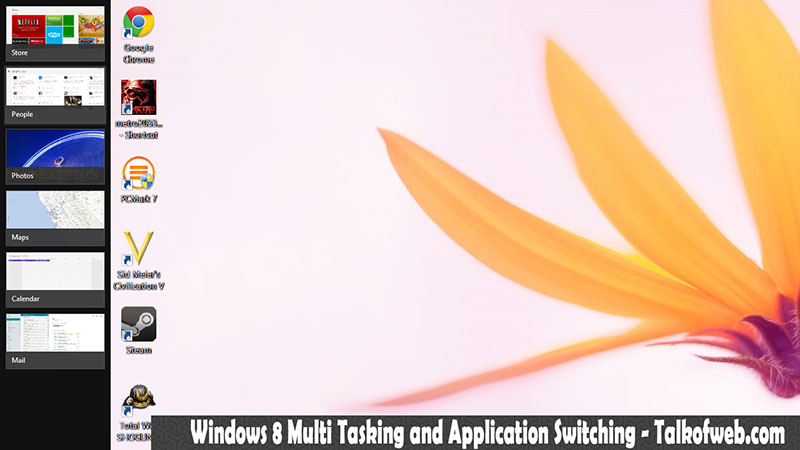