Every year we come across some new type of tech, although the idea remains partly the same but there is a difference in how the user can interact and use the device. Starting from those huge phones, the slim phones started taking over and now recently with the release of wearable products, the market is heading towards a completely different type of hardware. To be more specific, there has been a hype in the Android watches being released in the market lately and they have actually made a difference by changing the perspective of how people thought of smartphones.

Since the start of 2014, a large amount of watches has been released by different companies that has been competing for the best in the previous years. The main idea behind the release was that the more the size of the smartphones has been increasing the lesser they contributed to the portability factor. These watches would serve as an alternate to the phone when a user wants to perform tasks that might not make the use of the smartphone necessary, so every time you needed to check your notifications you did not feel the need of pulling the phone out of your pocket.

Like I mentioned above, there has been a number of watches running around the market but which ones stood out of the rest?
This is what you are gonna find out after reading this article because I am going to review the top 5 wearable tech of 2014 based on several factors, so you do need to stick around if you are thinking of getting one sooner or later!

At the fifth spot in the top 5 best wearable tech of 2014 list we have the Samsung Gear S. The Gear S has a 2-inch super AMOLED display but what differentiates it from all the rest of the watches if it’s curved screen. Although, the curved screen adds more space around the wrist keeping the rectangular shape of the Gear S in mind, but it also adds up to the size of the huge and for this reason it is considered too huge for most of the wrists.

At the fourth spot on the the top 5 wearable tech of 2014 we have the Pebble. Like I mentioned in the introduction to this article that smart watches came into being for the purpose of letting you keep your phone in your pocket when you get a notification.

The pebble does exactly that, it would connect to your smartphone and display each and every notification you get on your smartphone whether it is an SMS or your social media notifications, the pebble will serve you just right. The downside to the pebble is the same as it is known for. Most of the users would expect their tech watch to do more then just notifying the user about updates on your smartphone, do keep the fact in mind that it has the ability to work for 7 days after a 100% battery charge.

Moreover, you can choose whether you would want to purchase the steel version or the normal one. It varies from person to person and individual preference.

Although I am not a huge fan of a square shape watch tied onto the wrist because it can turn out to look very weird most of the times and at times it doesn’t serve as a decent looking watch. After checking out the Asus Zen Watch I found the only watch I would choose if I had to go for a square shaped watch. Certainly, the Zen Watch is one heck of a looker with the brushed aluminum along its sides and the extremely handsome leather strap.

It is a very good balance between performance, battery life and looks. It has a solid battery life that lasts longer then almost all the watches that are floating in the market excluding the Pebble ofcourse. If you are okay with the square design of the watch then you have to look no more and just get one for yourself right now!

The LG G Watch R stands proudly on the 2nd spot in the top 5 wearable tech of 2014. The best thing about the G watch R is the fact that it looks more like a normal watch then a calculator, I am referring to the square shaped watches. Oh yes, the LG G Watch R has a round dial and it has the numbers surrounding the screen.

The round shape makes it look much more elegant and better looking than any other watch in the market as of yet. It has no bezels around the dial which would make it seem extremely large. The biggest advantage the Moto 360 has over the rest of the Tech Watches is the fact that it comes with metal casing and you can even choose whether you want a metal strip or the rubber one.

I believe Motorola has offered enough to let this watch ace the market but we always have our eyes open when it comes to developments in the tech world and we would expect the start of 2015 to be the next generation in the wearable tech that would certainly beat the contenders in terms of functionality and design. 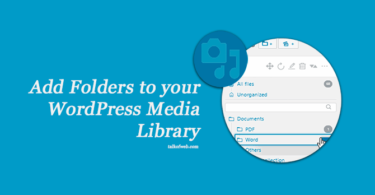