If you are a Science Fiction fan, then you must have seen sci-fi epic Minority Report. In that movie, Tom Cruise’s character used mid-air hand gestures on transparent screens to do police work. That was almost 15 years ago.

We have come a long way since. At that time, it was thought that this technology wouldn’t exist till 2050s but a series of inventions have brought to within our grasp. Google Glass made a lot of splash in the media with its wearable technology offering the same features as the movie. But before it could go mainstream, it was struck down by a lot of negative publicity regarding privacy issues and general mistrust. It seems that Google initiated the technology with not enough game plan and maybe a little ahead of its time.

While Google’s glass was wearable tech on the go, Microsoft has announced its own wearable, augmented reality product HoloLens that is actually a new way to use your computers and digital devices without that much emphasis on mobility or controversial camera technology like Google’s glass.

If you have never heard or seen any news on augmented/virtual reality products like Google Glass or Oculus Rift, then even reading about this thing would blow your mind away (using it first hand is of course out of this world experience, literally as you will see below).

HoloLens – What it is and How it works

As you can see from the pics, when you put on the virtual glasses, the images are projected in such a way that you feel like the objects are there in the room itself. HoloLens does not produce 3D images, so that everyone sees around what you see in the room and walk over it. Instead, these goggles only display images that you, the wearer can only see.

Microsoft wants its HoloLens to be both a workplace and a personal device.

The objective Microsoft is working towards accomplishing is not to create some whole new world, but innovate and bring new inventions to this world and integrate with it. HoloLens is actually overlaying images onto your living room etc. objects.

While wearing the HoloLens device, you will still be able to see real world. You could easily talk and walk with others and don’t need to worry about bumping into things.

This simple principle behind the working of HoloLens is that It tracks your movements and watches your eyes. Then after thorough computation, it projects images with respect to these parameters. For now, you can interact with the items you see in your view though HoloLens by clicking in midair as you click on a mouse.

There is a lot to the Hardware design of HoloLens. There is an abundance of sensors for correctly monitoring your movements and what not, and then processing and using this information to lay out a dynamic and intractable world in front of your eyes. For example, you can see how a bike you want to buy would look like, in 3D, in your living room! You can walk around it and see its features just like you would of anything physical in front of you.

HoloLens has a camera for observing its environment.  It uses it to check the location of your living room items for example chairs tables, etc. It then utilizes this info to project 3D images on these objects. These images can be inside, on top or even under the objects. Place a virtual dynamite on your chair and see what happens.

This thing takes remote desktop meaning to the whole new level. You can use Skype video chatting with HoloLens to see through the eyes of others and help with tasks, etc.

There is also a demonstration of the popular game, Minecraft. The buildings, etc. are built right on your living room things. You can even interact with them.

Microsoft believes it can truly transform the business and the way we interact.

I mentioned earlier the great advantage of video chatting through HoloLens. You can use it to teach somebody in a remote location. For example, a coach can see through your vision and then draw diagrams, etc. onto the real world objects to help you understand how to complete a task. This can be used with guiding doctors or pilots etc.

Difference between AR and VR

The difference between AR (Augmented Reality) with something like HoloLens and virtual reality (VR) hardware like the popular Oculus Rift is how they want to make you perceive your reality. With HoloLens, it does not want you to feel like you are in some other world or reality but in your same environment with added digital augmentations. It is taking the static computers and desktops and replacing it with intractable ones in your environment. What Oculus Rift and another VR want is to make you feel like you have been teleported to the whole different world. It is like being in a dream state or like feeling that you are in a movie or a game that you are playing rather than in your environment. It tries to trick your brain into thinking so.

Ultimately, the methods of Glass, HoloLens, and Oculus rift might be different but the overall desire is to usher us into a new era of wearable and intractable computing. 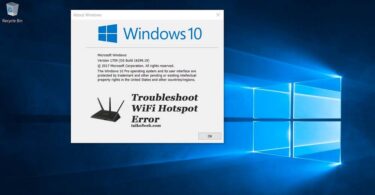