Google chrome cast, a worthy small gadget which has just a lot of hidden creativity in it. It is a sort of gadget which will help you reduce the mess around you. Google’s chrome cast is a gadget recently released which just allows you to enjoy your online music or videos on the bigger screen of the LED TV. So, that you may be able to share the experience with the family or friends too. Whether it’s your smartphone or else it’s your laptop you can easily share many services with the larger screen and hence the more enjoyable experience.

How many times have you encountered with that messy wire while connecting your laptop to the LED TV using a HDMI cable. It’s not the case with the google chrome cast. You got a small gadget, plug that into the TV into the HDMI Port. Rest the additional power is provided to the chrome cast using a mini usb cable which can be attached either to a spare usb post of  TV or else one can make use of USB charger also. Rest, there is nothing to be used in addition to it. The controlling device is the laptop, tablet or the smartphone using which you will stream the content to the television.

If you don’t want to listen to small laptop speakers then chrome cast is here which helps you to listen from those big speakers of the TV. The music quality gets enhances in no time. You don’t need any kind of additional thing except chrome cast to share you small screen experience with the bigger one, nothing like Wi-Fi or the chord. Once you plugin the device just switch on the TV and you will be brought to the self guided setup page of chrome cast.

The on screen instructions direct you to the download of the supporting application for your laptop, tablet or smartphone. Plus, in case of chrome browser it also makes you install an extension to enhance the browsing experience on the larger screen using chrome cast. Stream your chrome tabs directly into larger LED TV.

Youtube, Netflix, Amazon Instant Video, Hulu and the Chrome Browser has got the support for the chrome cast. The API for chrome cast has been released and it’s expected that it will soon be supported by large number of entertainment applications. You get a button of chrome cast at the top of the supported applications in the smartphone and using that you can easily expand the experience and the sound. You can give it a try since it’s just for $35 Buy Google Chrome Cast 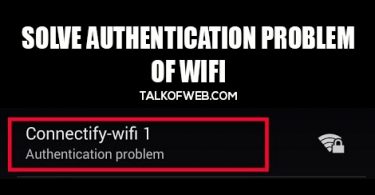