Starting from a social media platform, Facebook, slowly and gradually made it to the hearts of people by providing everything that a social person would desire for. Ranging from being in contact with the right people to keeping the best sort of company around you, Facebook participated fully in making this possible and accessible to the people.

Since a few years Facebook as actually become more than just a social media platform, rather it revolutionized how people looked at getting social. From online games, groups and pages to business platforms and opportunity seeking platform, Facebook is one of the most interesting and productive platform to be on.

A few years back, Facebook launched the “Messenger” app that basically served as a messaging app, the only plus point it had over all the rest of the applications was that each and every person, no matter what the age, are on Facebook and you can easily contact them via the platform, thus, if you have a Facebook account and a smartphone where you can install the “Messenger” app you can contact them anytime of the day with the easiest and most pleasant experience.

If you think the “Messenger” is only for the purpose of keeping in touch with people then you are certainly mistaken. Facebook has announced a new feature named, friend to friend payment, which would help you make payments to a friend if you are splitting a dinner meeting, or sharing the cost of Uber or anything and everything that you need to pay a friend for and that too without any extra charges!

Initially, Facebook used the services of Paypal (an online payment system) for payments within a game or an app, now that the new feature has been unveiled we are predicting that the two would collide in terms of business. Messenger is a sort of app that every user would keep on his/her smartphone for several purposes, whereas, competitors such as the Paypal, Venmo, Google Wallet and Snapcash are one of those apps that one would open once in a blue moon if you are not into making payments on a regular basis.

The messenger would undoubtedly prove more convenient as you don’t have to go through the process of logging into another account and chipping in your credentials before you can make a payment. Instead, all you have to do is touch that “$” on your smartphone and make wonder happen in just a few minutes.

On 9th June, 2014 President of Paypal, David Marcus, moved to Facebook for leading the Messenger project. This added up the rumor of Facebook moving towards a broader goal and with the unveiling of this feature, the rumors proved as cute keeping in mind all that the Facebook Pay would offer.

The main idea behind adding this feature is to add convenience at the hands of the user, you can now handle your business life and social life just from a single app with the ease of just a few taps on the screen. Although, I must add that the feature is initially going to be available only in U.S.

After getting the feature, user would be able to see a button with the “$” logo on top, which would be visible next to the photo, sticker and voice sending buttons. Once a user presses the button, he/she would be asked to enter his/her debit card number. This means you don’t have to go through your notebooks or notes for finding your account details, instead, you just have to find the debit card number printed on top of your debit card and Facebook would do the rest for you.

For now, Facebook is only allowing Visa and Mastercard debit cards and more generously it does not allow the use of credit cards to the advantage of the users because they would entail fees that Facebook does not want you to pay and that is exactly what differentiates their service from that of Paypal for instance, which would charge, %2.9 plus $0.30 per transaction from debit cards.

For security purpose, users will be prompted to set an in-app payments passcode or the user can also use the Apple TouchID feature that comes with the latest smartphones for the purpose of authentication. If a user already has a debit card paired to Facebook for in-app payments, he/she has the luxury to use that same information for the Facebook friend-friend payment. Talking about security Facebook says, “These payment systems are kept in a secured environment that is separate from other parts of the Facebook network and that receive additional monitoring and control.” So basically, your money is as secure as it can get.

Once the button “$” is tapped, users enter the amount in dollars and select Pay. The funds would instantly be delivered to the recipient’s account, just like an instant message, Facebook would never hold the payment. Both the users are immediately informed via confirmation message. At time, for security reasons Facebook would through a secret question to the user for ensuring that the right person is accessing the account and transferring the amount. 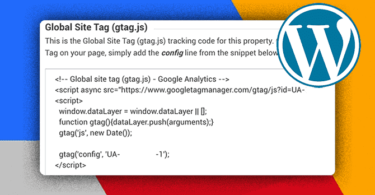